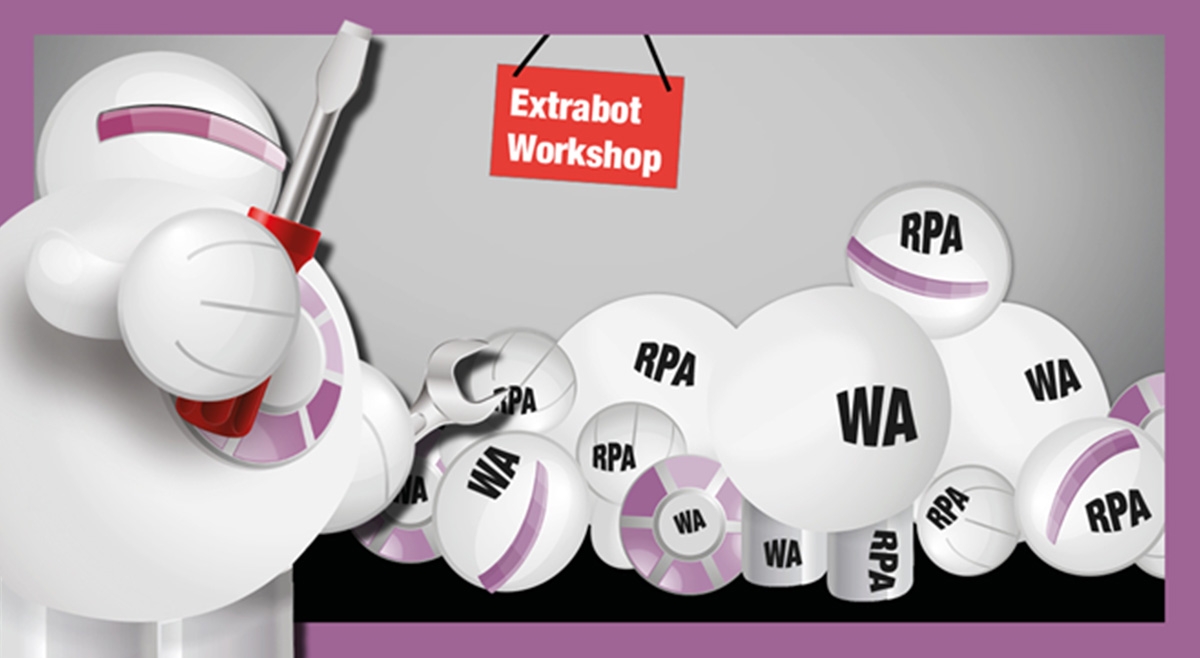 Successive waves of automation technologies have left many organisations with a mixed automation portfolio. Since the functionality of automation types only overlaps marginally, if at all, they end up co-existing rather than replacing each other. 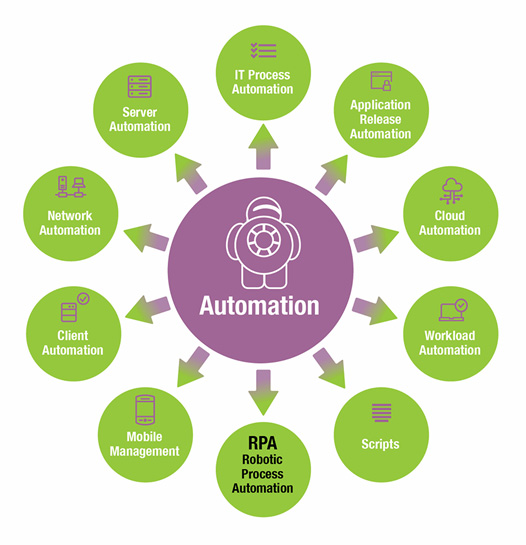 In a Workload Automation(WA) context, operational platforms typically include one or more of the following:

Most organisations are now also actively exploring or rolling-out Robotic Process Automation(RPA), with the leading vendors being Automation Anywhere, UIPath and Blue Prism.

For the purposes of this study, we’ll be looking at integrating AutoSys WA with Automation Anywhere Enterprise RPA, but the same principles can be applied to most WA/RPA platform combinations, albeit with different detailed implementation.

Typically enterprises have established a WA Operations function(often a combination of human operators and AIOPs software) monitoring workflows and responding to exceptions.

In parallel with this, RPA and Cognitive Automation technology is being deployed to automate key business processes, with the software robots(or digital co-workers) required to operate at specific times and dates.

It therefore makes sense to leverage an existing WA tool and its established, tried and tested Operations procedures to schedule/trigger RPA and Cognitive Automation activities.

Here we detail the way in which AutoSys WA integration with Automation Anywhere RPA was effected by Extra Technology on behalf of a leading Investment Bank. The requirement was to use established AutoSys scheduling functionality to manage the operation of Automation Anywhere software robots.

An AutoSys job to trigger Automation Anywhere robot(s) can be included as part of job workflow or separate scheduled entity. There are two main options:

Option 2 was the one implemented by Extra Technology at the Investment Bank.

Once the target machine is ready to receive the robot execution, the robot is triggered and carries out its designated tasks. In a typical scenario the robot will be providing a value add to the workflow scheduled, providing the ability to validate and check outputs or populating processed data into web forms and systems.

In addition to any monitoring processes (checking disk space/CPU/memory available) that can be defined as part of the workload scheduled, the robot execution systematically checks during its start-up and shutdown processes that any opened windows/applications are closed to ensure a successful execution.

Upon robot completion, the scheduler to Automation Anywhere utility marks the robot session as complete and if so desired shuts down the robot machine to free up resources and reduce running costs.

This solution is shown diagrammatically below. 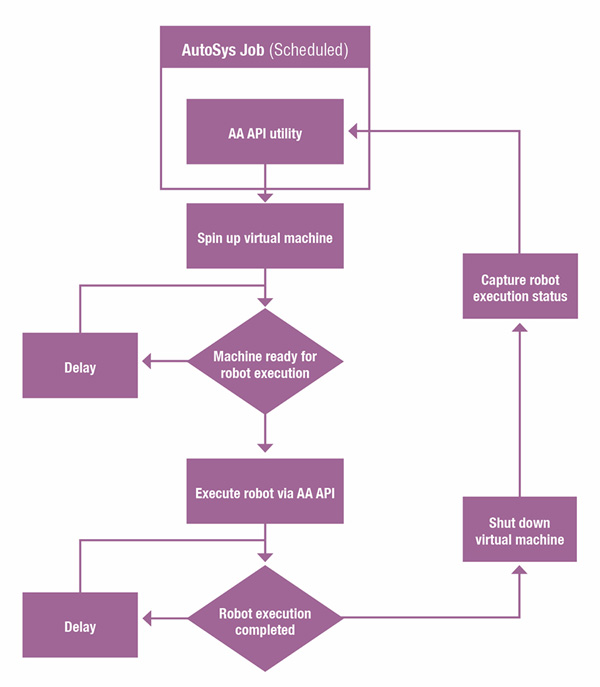 Having multiple automation technologies is pretty much a given in most enterprises, with WA and RPA two likely inclusions.

WA has been around longer as a technology, and its scheduling capabilities are well-understood, well-proven and well-trusted.

Extra Technology have been providing enterprise automation solutions for over a decade, and have wide experience with all types of automation, making us well qualified - to match the best automation tool to any specific task, and to create integrated automation solutions utilising best of breed functionality from multiple platforms.

The Workload Automation to Robotic Process Automation integration solution above is an example of that diverse automation expertise put to good effect.

For more information about this solution, or to discuss any aspects of your automation requirements:

Email:This email address is being protected from spambots. You need JavaScript enabled to view it. 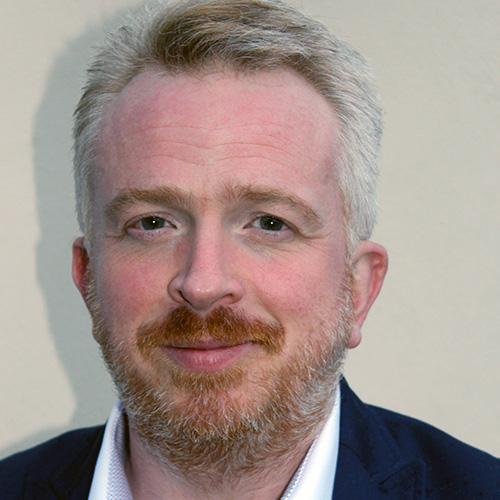 Mark Mannion is Extra Technology’s CEO and a recognised expert in the field of Intelligent Automation, including Robotic Process Automation, Workload Automation and Advanced Analytics. Mark advocates a pragmatic approach to Automation, encouraging a policy of using ‘the best tool for the job’.

Prior to co-founding Extra Technology, Mark worked in Senior Automation roles, architecting and delivering robust, scalable solutions for many of the world’s biggest banks and working with leading Automation vendors. He developed his first automated solution in 1992 and has continued to deliver robust, scalable and sophisticated Automation ever since.

Mark is a regular guest speaker and panellist at Automation seminars, conferences and user group events.